Kundalini and the Quickening Pace of our Times 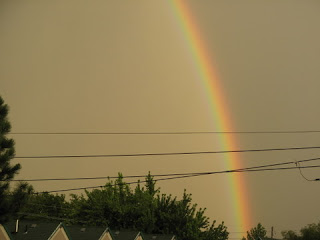 Truly, we are living in a time of rapid change. Indeed, the pace is so swift that it is becoming more and more difficult to keep up with all that is going on around us.
My recent move to a new (old) location bears this out remarkably. I thought I knew this city, for I have visited it often through the years, sometimes staying for months or seasons. But somehow the true nature of the changes eluded me. When I lived here so many years ago, Boulder was a small (about 75,000) delightful city nestled against the mountains, with a real downtown, a medium sized university, and a thriving population of students, professors, and others. Today, its population is calculated at nearly 350,000. The downtown has been transformed into an outdoor mall, with tall buildings and many stores catering to tourists and other affluent visitors. Traffic roars through the city on certain busy thoroughfares. Shopping centers have sprung up in every corner. And the city limits now extend many miles into the countryside (away from the mountains.) As I observe these many changes, I feel much like Rip Van Winkle waking up from a long dream, amazed at how the world has changed during his siesta.
And many other changes have occurred--here and elsewhere. In l981, when I experienced my original Kundalini awakening, there was no internet at all. Some ten or fifteen years later, when the internet was emerging, there were four references to Kundalini. Today there are over 4,000,000. Boulder itself has become a "hotbed" of spirituality. Many gurus and spiritual teachers have set up shop here. People gather regularly to hear distinguished teachers passing through town. Buddhism and yoga are thriving. Tarot readings are available on the Mall. It is indeed a different world.
A few weeks after my "initiation," I visited Crestone, Colorado, located in the southwest corner of the state. My visit was preceded by a prophetic dream. In the dream, I drove west from my home (then Kansas) for a very long distance. I finally arrived at the place I was seeking--it was some kind of spiritual center, but it was not just one central building, but rather there were various buildings scattered about. An important feature of the setting was an artificial lake.
When I heard about a workshop on the future of religion (to be given in Crestone), I immediately arranged to attend. I drove and drove--always due west--until I arrived at Crestone--which at that time consisted of one main "resort" hotel, a house where William Irwin Thompson and his family lived, and a few other miscellaneous buildings. Various spiritual groups were beginning to set up there, but mostly it was undeveloped land, with few permanent inhabitants. When I arrived, I found a little lake, fed by artificial fountains--this was clearly the place in the dream.
This was my first workshop ever, and it changed my life. At that time I was deeply into the "I am you" state of consciousness and indeed, everyone I met seemed to be "another me." I felt I could have easily traded places with any one of those gathered there. Everyone was extremely beautiful.
Last night, I looked up Crestone on the internet. Now, some dozen or more spiritual groups flourish there, including Christians, Taoists, Buddhists, and many others. Some 25,000 visitors come there each year seeking peace and communion with nature. Obviously, it is vastly different from the quiet little settlement I visited so long ago. Like so many other features of that time, that small world has literally disappeared into the past, a casualty perhaps of too much success.
No wonder the monks and yogis fled into the seclusion of the caves and forests. Where else can you escape the crowds?
But despite all the transformations and permutations of the outer society, one thing has remained constant--the spread and deepening of Kundalini here and across the globe. Indeed, we may--as many believe--be heading toward critical mass, a time when the entire world will be transformed in a flash, and the new species (the old species now endowed with special powers) will appear.
Every birth brings a measure of pain and suffering as it occurs. Evolution is not a quick or easy process. But each person who is touched by this transformative power is an important part of the process, a major contributor to planetary shift.
(The picture is of a rainbow that appeared two evenings ago after an exciting and beautiful thunder and lightning storm. Rainbows also endure and are always a talisman to lift our spirits. Again, I saw it from my balcony.) 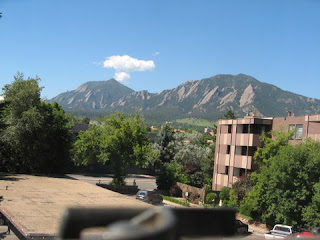 “Make of yourself a light,”said the Buddha,
before he died.
I think of this every morning
as the east begins
to tear off its many clouds
of darkness, to send up the first
signal – a white fan
streaked with pink and violet,
even green.
An old man, he lay down
between two sala trees,
and he might have said anything,
knowing it was his final hour.
The light burns upward,
it thickens and settles over the fields.
Around him, the villagers gathered
and stretched forward to listen.
Even before the sun itself
hangs, disattached, in the blue air,
I am touched everywhere
by its ocean of yellow waves.
No doubt he thought of everything
that had happened in his difficult life.
And then I feel the sun itself
as it blazes over the hills,
like a million flowers on fire--
clearly I'm not needed,
yet I feel myself turning
into something of inexplicable value.
Slowly, beneath the branches,
he raised his head.
He looked into the faces of that frightened crowd.

(House of Light)
Like Mary Oliver, I too often think of this final admonition from Buddha. Sometimes it is translated as, "Be a light unto yourself," and the common interpretation is to follow your own path, to let your own inner guidance open the way in front of you.
And this is in fact what I have now done (again). I left San Francisco after twenty-one years and moved back to Boulder, where my heart has rested for the more than forty years since I left. It has proved to be a wise decision. This town is not the place I once lived (I was then a beginning instructor of English at the University of Colorado, located here). At that time it was a fairly small mountain town (about 75,000 people situated at the foot of the Rockies, with little traffic and lots of skiers and outdoor types. It still has the skiers and outdoor people, but now it is a bustling city of around 375,000 (I was told), with high rise commercial buildings downtown and heavy traffic on many of its streets. The city experienced an infusion of high tech and scientific interests some years ago; as its reputation has grown, many people from across the world have come to live here, some of whom are extremely affluent.
But--the mountains are still here as is the wonderful Boulder Creek, a crystal clear stream that runs from one end of the city to the other over a beautiful rock bed stream. There is a seven-mile walking trail along the edge of the creek, all (thank goodness) flat.
Boulder is a very health conscious city, with great respect for the environment as well as the life of the spirit. It is now rated as one of the best places to live in the country. To me, it seems like the ideal place to spend the rest of my retirement.
Every move of this magnitude is both a death and a rebirth. One leaves with sadness the friends of many years, the special places one has learned to love--even the familiar commercial streets and stores. Everything has to be learned anew in the new location. But one finds new friends who come to aid in the adjustment. I had a host of "angels" to help me prepare for this move. And here I have other angels to help me--including a very generous landlord who even set up my computer for me and Beth Reninger (poet, chi gong teacher, acupuncturist, and nature lover) who has helped me in innumerable ways. I am still unpacking my many, many boxes, but Beth shelved all of my books, and I can now literally reach out and touch Rumi and Mary Oliver and Denise Levertov and other old friends as I sit at my computer. Indeed, my apartment feels fully like home--the place I was meant to be.
Of course, there were the usual hitches in the course of the move. Fed Ex lost my computer monitor en route, so, after two weeks of waiting, I ordered another, which arrived the day after Fed Ex finally located and delivered mine. I couldn't locate my T. V. receiver in the midst of my pyramid of belongings, and so couldn't watch the documentaries I love for evening viewing. Indeed, all I had for some time was an ancient radio which picked up one station (BBC America) and some others I didn't care to listen to. After being so "cut off" for such a long period, I decided I would not make a very good saint in a cave--I prefer feeling connected to the world about (though in a selective fashion.)
I arrived well but totally exhausted. For the first few days, I more or less just sat on my balcony and looked at the mountains (in between naps). Gradually, my energies returned, and now I am feeling back to "normal" (whatever that may be.) I am grateful to have been allowed to achieve this long time dream of return to the mountains, and am at last feeling prepared to explore more fully this new/old world.
Love and blessings to all. I'll be in touch with further reflections from now on.
Dorothy
(The picture at the top is what I see from my balcony.)

(The picture is of my view from my window--amazing!)

I just talked with Dorothy by phone and she is not yet hooked up to the internet. Actually she doesn't even have a monitor for her computer as it was lost in transit. But a new one has been ordered so hopefully she will soon be computing again. By the way, she has no TV either, and only  an old small radio that picks up one station and that is all news. Dorothy sees this as an opportunity for a silent retreat. Talk about a good sport!
Even with the communications problems, Dorothy remains chipper and oh so happy to be in lovely Colorado. She'll be back blogging again as soon as she can. If we all hold her in good energy I'm sure things will soon fall into place.
posted by Patricia
# posted by Dorothy : 7/15/2009 03:59:00 PM

Dorothy wants everyone to know that she is safe and sound and happy as a lark in her new apartment in Colorado. Her furniture and boxes have arrived so she is busy settling in. Dorothy does not yet have an internet connection but you can email her anyway and she'll pick it up when she can. The email link to the right of this post is correct.
In a phone message today, Dorothy was raving about a gorgeous thunder and lightning storm she saw over the mountains this week. And last night she saw the fireworks from her balcony as well. I've never heard her sound happier!
Dorothy will return to you just as soon as she can. She sends her love to all.
# posted by Dorothy : 7/05/2009 05:34:00 PM