The Stages of Enlightenment 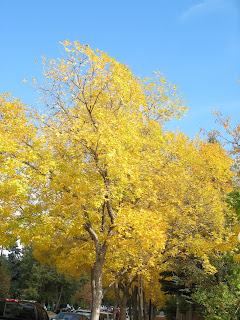 The Stages of Enlightenment
We tend to speak of “enlightenment” as if it were a single thing, a fixed level of being (consciousness). But there are in fact many stages of enlightenment, and we need to distinguish between them in our thinking. Here is one approach to the topic. The stages are not mutually exclusive, and often overlap.
The first level is that referred to in the classical literature of India and the East. It is the phenomenon of “awakening” that occurs when the yogic practitioner succeeds in bringing the energies through the chakras up to the crown, at which point divine bliss enters the head as a stream of effulgent energy and the yogi realizes that this great field or source of endless creative outpouring is the ultimate reality. She then grasps that one’s own sense of self (ego) is delusion and that each of us is merely a miniscule particle in this great wave of divine pulsation that creates and maintains the cosmos.
This state of knowing can also be attained through spontaneous awakening of the Kundalini, rather than after years of dedicated practice. Near Death Experience can also bring a similar result, in terms of the recognition it brings.
Often these states are accompanied with a profound sense of “Oneness” in a literal sense, as the initiate identifies with all that her eyes encounter, both human and other. The world may be infused with great beauty, as if the “mystery” had at last unveiled. She sees with “saint’s eyes” and responds with “beginner’s mind.”
The second stage of Enlightenment is that of integration. The practitioner, whatever his/her background and culture, and however the awakening has occurred, must come to terms with this totally transformative experience. She must find a way to interpret what has happened in a way that is comprehensible with respect to her own world view and life story. She needs a stable foundation, a mental accompaniment for the new experience, whether this comes from traditional perspectives or authentic teachers or her own reading and investigations, or guidance from the “inner guru.”
Furthermore, she will now be open to entirely new streams of energy originating from within and (seemingly) entering from outside her own body. She is literally being refashioned into a new being, and this renovation involves every cell and system in her physical body and each facet of her psyche. Her outlook and life practice will now become something quite different from her former “ego-self.” She must learn to “ride the wave” of this new energetic body, to act in accord with its directions, to follow rather than try to lead or coerce it into new configurations.
The third is a level that only certain initiates will seek or achieve. It is not a requirement, but functions as an extra benefit. It has to do with seeking and incorporating a greater scope of “world knowledge” into the new scheme. The disciple will explore many fields of investigation--world history, archeology, political systems, art and poetry, religion and philosophy, the new science, and others, and see them in a new perspective, one not inherent in most scholarly or academic approaches.
These will give added depth and texture to the original experience, which was intimately personal (as well as universal). She will thus fuse knowledge of both Eastern and Western approaches to culture and human experience, and develop the capacity to share these insights with the world at large.
The last stage is the most critical. The central lesson of the awakening was the all pervasive reality of the giant field of love of which the cosmos is constructed, whether that field is named Brahma or God or Allah or Shiva or the Goddess or the Beloved Within or the Great Father or simply “The Divine.” The field itself and the energies it projects is the reality.
Now this truth is embodied in the human who is in fact enlightened, full of light, a carrier of divine love and nurturance to the world, whether in the context of daily contacts or personal service or revelation through artistic endeavor or other means. And--the human vessel of love does not even need an encompassing philosophy or schema to express the love force.
Furthermore, some attain this state in the ordinary course of their human life activities, without passage through a specific moment of awakening. The humblest among us performing the lowliest task can function as a vehicle of love. No degrees or formal ceremonies are required. As Ram Dass says in the title of his recent book, “Be Love Now.” We can each do this in our daily lives, and thus we can each be enlightened moment by moment.
Dorothy Walters
December 13, 2010
# posted by Dorothy : 12/14/2010 02:49:00 PM