A New Mode of Being 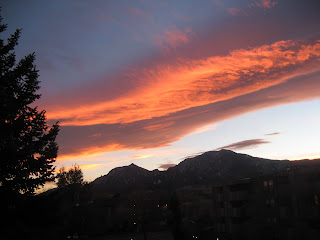 A New Mode of Being
According to Ilya Prigogine, systems brought to a higher and higher level of stress will ultimately spring to a new, more complex, level of organization, or else disintegrate entirely.
What then are our chances for such a leap--a propulsion into a new consciousness, given the current strains within the common psyche? And what form might such a dramatic transformation take? What new creatures will emerge as “us”?
We could, theoretically, abdicate the realm of the material entirely, becoming creations composed of and dwelling solely in the realm of the energies (considerable evidence exists for the existence of non-local consciousness--as out-of-body experience, esp, clairvoyance, the shared intuitive and psychic experiences of twins, etc.) This shucking of the mortal casement would presumably relieve us (the community) of many of our current social problems--such as universal suffering, violence, hunger, greed, etc. Where there is nothing to covet, there is nothing to seize. Tyranny is impractical in a realm where possessions do not exist and domination is not possible. We would, presumably, float about in radiant circles of light, free of threat or dangers. But how would our lives find focus? Toward what state or achievement would we strive? Is unbroken harmony the condition we truly desire?
Or--again--we might retain the familiar material veil, but with some sort of massive infusion of a new, transcendent principle or perspective into the society at large. This would be a grandiose and comprehensive conversion of our very way of perceiving (sensing, knowing, reacting to) the world around us. Perhaps it would be produced by a dramatic overhaul of the nervous system, possibly through widespread awakening of Kundalini power, all this conceivably triggered by astrological alignments sending new frequencies into the earth atmosphere. Or perhaps such “seed beings,” selves already experiencing and issuing the new frequencies, are already among us, awakening by their very presence others who will in turn resonate to the new frequencies.
Evolution occurs not in a state of tranquillity but in times of acute stress and crisis. Our crisis is upon us. The outcome remains to be seen.
(from Unmasking the Rose)
# posted by Dorothy : 12/29/2010 07:06:00 PM