Kundalini and the Sacred 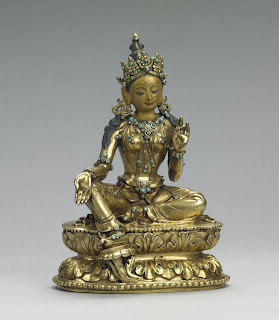 On Kundalini and the Sacred
Today, with the recent increase in Kundalini phenomena, many investigations are attempting to reduce the experience to a “nothing but” event: to a measurable psycho-physiological play of the nervous system; to a series of symptoms ranging from the bizarre to the psychotic; to a singular component of a larger delusional syndrome.
Kundalini may include aspects of any or all of the above. It may bring with it curious readjustments of the psyche as well as the bio-network; it may trigger a passing symptomology both unfamiliar and disturbing; it may awaken deep memory, buried racial and archetypal themes. But Kundalini is far more than an electromagnetic impulse; it is not merely another pathology of mind or body; it is based on far other than delusion. Kundalini is well documented as part of the practice of seekers in ancient times. Today, Kundalini is one of the last remaining instruments we as humans possess for entry into the world of the sacred. It is the unimaginably powerful agent for putting us--we, the intellectually sophisticated ones of the contemporary world--in touch with those lost realms in which our ancestors dwelt in intimate relation with an unseen but powerful reality.
Kundalini is often compared to a snake which bites as it rises--and indeed it cuts through--it conveys us quickly into the heart of the “self-validating experience.” It is also often depicted as a goddess, indeed sometimes it is termed "the goddess above all other goddesses." Kundaini is the energy behind the image, the vibrational emanation empowering the symbol. It is the divine in its purest, most naked form. On the human level itt is a feeling, not an assertion, and thus because it is experienced with such fullness and finality at the very core of being, we feel that it needs no confirmation through intellectual affirmation or mental acknowledgment. This is not to say we do not ask, “What is this mysterious power?”, nor seek to discover the secrets of its origin and its mode of operation. But--beyond these--the discernible physiological facts, the electromagnetic observations--emerges an entire body of evidence, non-measurable, unweighed, yet of infinite intensity and conviction.
Like the aesthetic response, it carries a convincingness beyond the explainable. Like the mystic moment, it rests within the assurance of its own ineffable reality.
What, then, is Kundalini? Most immediately, it is an experience of the body/spirit which yields bliss not accessible to the ordinary senses. And this moment of transcendent rapture carries with it deep conviction of union with that which exists beyond the mere self. It confirms, however transitorily, that we, as conscious beings, are part and parcel of a larger reality whose outlines and composition we can but barely guess. For that time, words, pronouncements, the idle chatter within, are suspended--we are,as the cliché would have it, at one with the infinite. We have heard these words too many times to accept them without challenge. Yet, simple and shopworn as they are, they tell us of our perennial yearning to connect--to join--to locate and consciously merge with our own original source, which we may not accurately name but whose presence stirs in us perpetually.
Kundalini opens the gates to sacred space. One who seeks access to these precincts in order merely to probe or gauge or measure will miss its identifying features entirely. He might as well cut open the heart to locate the seat of the soul, or explore the essence of matter merely by reducing a substance into finer and finer particles. This one will discover no spirit guide, no sacred groves. Like the investigator who seeks to explore with a lantern the nature of darkness, he will drive before him the evidence he seeks. For him the charms will fail, the alchemy falter. He lacks the language of this foreign territory, and hence will never unlock its meaning or capture its truth.
(from "Unmasking the Rose")
(image from Bhutanese sacred art.jpg on internet)
# posted by Dorothy : 12/08/2010 07:55:00 PM