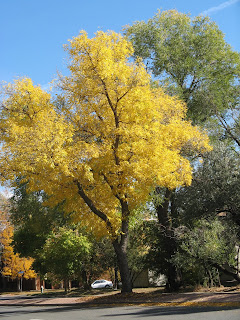 Transformation All Around
I am a listener. I listen to people’s stories of those things which have changed their lives. Most specifically, I am interested in how consciousness itself shifts with new experience, opening awareness to dimensions unknown and unguessed.
What I have found--(and various statistics confirm this conclusion)--is that an astonishing number of people--educated, rational, balanced--are having experiences of the incredible. These “breaks in the norm” are occurring not just in the enclaves of the initiates (Findhorn, Crestone) but seemingly everywhere--in the Midwest as well as the avant garde coast, among the non-believers as well as the converted. Thus: An avowed skeptic undergoes acupuncture for the alleviation from pain, and in the first session experiences a classic mystical revelation--she sees the shimmering net of energy which comprises and binds together all “reality.” A graduate student becomes chronically ill, and finds that her body is now so charged that she affects the energy fields (stops clocks, cuts electrical power) wherever she goes. A professor decides to enter another’s body (psychically) to grasp more fully the experience of one denied full membership in the larger society. The next day, he finds that the “other” (who knew nothing of the experiment) carries seeming burn marks on his arms, and reports that something happened to him which was “very purifying.” Someone is lost in a strange city in Asia, and has neither map nor language skills to find her destination. She “projects” herself mentally over the route to the desired goal, then follows it to make a timely (physical) arrival. These are not accounts contained in someone’s study or book. They are all experiences which have been related to me quite recently.
Yes, something is happening, and not everyone needs a “mind-blowing” rave experience or a drug trip or even a guru to reach the next level. This is the actual quantum leap, the sudden transit from one orbit to the next without crossing the intervening space.
The next stage in human evolution is simply to open up more fully to what we already possess, to contact more deeply what we already know. If we can, sitting in our living rooms in Wichita, Kansas, suddenly feel our heads open in delight as exquisite energy flows in from an undetectable cosmic source, then what is not possible? Someone commented that this event, given the location and improbable circumstances under which it occurred, must have been a “cosmic joke.” Well, the cosmic joker is abroad, and the play is constantly in motion to bring us at last to “ourselves” so that we can know, if not the end, at least the right direction and next stage of our journey.
And despite the “noise” which surrounds this emerging phenomenon--the glamorous “channels” with their stables of high priced thoroughbreds, the gurus with their Cadillacs and their scandals, the false prophets eager to bestow a speedy enlightenment for ready cash--something very real is taking place and we should acknowledge it and welcome it as it leads us toward who we truly are.
Kundalini itself, once virtually unknown in the West, is now becoming a familiar phenomenon. Today, if you google "Kundalini," you are given a list of over 6,000,000 sites that include the term in one way or another. We are getting more personal accounts of those undergoing this profound phenomenon. Other related areas, such as out of body and near death experiences, are topics for mainstream television programs (as are UFO sightings, alien visitations, early day prophets, builders of ancient monuments and the like). What was once the province of the privileged few is now available to anyone interested in these areas.
Yes, there is dross and spurious information mixed in with the pure substance. But it is up to us to use our own discrimination and our collective intelligence to sort out the "wheat" from the "chaff," to embrace the authentic and eschew the false, to open to the real and avoid the sham. It is our time in history. As many have said, this is why we came.
Each of us is a strand in this fabric, a bud on this bough. Together, we are entering a new era, the next stage in the evolution of human consciousness
(Most of the above from "Unmasking the Rose," with a few later revisions.)
# posted by Dorothy : 1/03/2011 07:20:00 PM