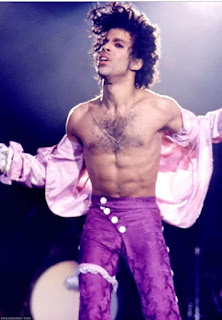 A few months ago, I met a woman who told me that she had started having conversations with Prince,  the famous entertainer, who had recently died under mysterious circumstances.  Although part of me was skeptical, I found her story quite intriguing.  An akashic reader had assured her that they had been siblings in an earlier life, having come over together on a slave boat as brother and sister.  She herself was surprised to have this sudden connection in this life, especially since she had not been an avid follower of Prince.

Because I had heard her story, my attention was drawn to a Youtube talk I happened upon recently from a channel who was herself channeling Prince.  I listened to her presentation and found it interesting.

Among other things, Prince mentioned several changes that would take place in future on planet earth, changes similar to procedures on the place where he is now.  These changes included:

1. a shift from language to symbols as a means of  communication (within 200 years)

2. a different way of conceiving children, perhaps employing test tubes and such

3. a new way of hearing music (When I first experienced Kundalini, I heard music in a radically different way, as if it were originating inside my head.  I have met others who had the same experience.)

He also explained that Purple Rain (as the substance where he is now) is not wet, but is more like rays (of light?)

She also said that the reason he became a Seventh Day Adventist was so that he could experience all the different human experiences, not as a form of repentance for the life he had lived before.  She said that he was so "vast" perhaps he needed to be "taken out."  Because his life had included so much variety, he would not need to return to earth in a new incarnation.

Her name is Amanda Ellis, if you care to look her up.  She channels various celebrities, including Michael Jackson.

Although I am a spiritual mystic, I sometimes like to check out other "fringe" areas such as channeling, astrology, UFO's and such.  There is much we do not know.