Kundalini and the Near Death Experience 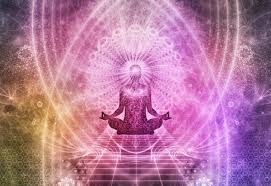 Kundalini and the Near Death Experience

I am currently preparing a new book of prose reflections on Kundalini to be called "Kundalini Splendor: The god/goddess in the Body."  These reflections were originally published on my blog and Facebook over many years.  What follows is one such entry.

More on Kundalini and Near-Death Experiences

Last night I attended a fascinating panel by persons who had gone through a "near-death" experience. Once more, I was struck by the resemblance between NDE's and Kundalini awakening. Here are some of their common features (often noted by other writers as well):

1. Each is a life-changing event. It is what Katherine Anne Porter called (in another context) "the moment that changes everything." Once such profound encounters occur, one is charged forever and there is no going back to the earlier stage.

2. Both result in states of overwhelming love. Those who travel to "the other side" are so enraptured by their new sense of indescribable bliss that they feel that they are embraced by the vast and loving forces of the universe, even God itself. Likewise, Kundalini, when it is in proper alignment, may result in absolute ecstasy, akin to that of St. Teresa of Avila or St. John of the Cross. This condition of utter bliss is not a thought but a somatic experience at the cellular level.

3. Both find in this new state that feelings of depression or self-rejection simply disappear, for surely one cannot be sad in the face of such overwhelming love. Atheists become believers, doubters are convinced. The "divine" is real and courses through the body as the Beloved Within.

4. Both have great difficulty in "returning" to the world where materialistic values and petty concerns are the norm. They are now "walking in the two worlds," for they have been granted a vision of a reality that others do not know exists.

5. Both are often reluctant to share this mysterious and intimate adventure with others, for it seems like a betrayal of that which is profoundly sacred. Ultimately, they may come forth and speak, as a gift to the world to understand this still unfamiliar experience.

6. Both now often have a sense of mission or purpose, and seek a means of "giving back" the gift in whatever way is best suited to their capacities. They may go into healing professions, or turn to artistic expressions, or writing. Service, rather than personal gain, is now their motivating factor.

7. Both experience great love for and a sense of oneness with all others. They literally feel "I am you" and if I look in the mirror, it might be your face that I see. The world itself may appear in radiant beauty, transformed into a garden of mystic delight. Everything, even the trash in the street, may be luminous. They may know at the deepest levels that everything and every being in the universe is connected as part of the one great whole, as part of the single fabric of the cosmos with love at the center of all.

8. They may be quite lonely in their journey, for others may be disbelieving or openly disapproving when they attempt to describe their encounters. Family and friends may think they are mentally disturbed and need psychological help. Mates may feel betrayed and see this new element as a disrupting element in their relationship. Indeed, they may have no one to confide in, no one to support them as they struggle to integrate this new dimension of awareness into their lives.

8. Both NDE’ers and Kundalini awakened ones may now be filled with the deep realization that each of us is a "fiction," a story that we ourselves have created, for we do not exist except as tiny particle in the great glory of the divine source.

9. Each experience is unique to the person. Each one undergoes a pattern of responses relevant to their particular nature and life experiences. Yet there are common threads among all of these.

10. Universal awareness of both the NDE and Kundalini processes is becoming more widespread, in part because of media access and also because (I think) more such events are actually happening as the field expands, especially those involving spontaneous Kundalini awakenings.

11. Both phenomena are (I believe) parts of the ongoing process of evolution of consciousness now going on worldwide. Both propel us forward as humanity transforms into a new kind of being, indeed perhaps a new species.

12. One of the dominant features of the NDE is the immersion into a sea of love at the other side. Kundalini itself often produces a similar feeling of ecstatic joy. Some authorities state that at the moment of death, the Kundalini energies are released and thus one may exit in a state of pure rapture. Thus Kundalini is in fact an integral part of the death process itself.

The folks on the panel were each one a loving being, transformed into a messenger of the heart to help the planet move forward in our process of universal awakening to a new reality.