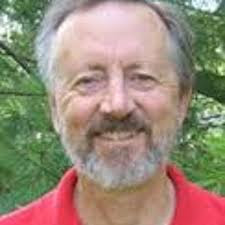 
Today is the 50th anniversary of my learning to meditate. I had a somewhat difficult upbringing, with a PTSD-suffering alcoholic father, and a mother who attempted suicide three times. At the age of 18, I had been taking drugs for about a year, and had realized in a muddled way that Enlightenment was life’s ultimate goal, but during that year I had dropped out of high school, been arrested for pot twice, for which I spent a few nights in jail, etc.


One night I was high on some hallucinogen. To steady my mind, I was reading Zen Flesh, Zen Bones by Paul Reps. It dawned on me: “These guys were serious, and I’m just screwing around. If I continue like this, I’m going to live a miserable life. So that’s it. I’m going to stop taking drugs, learn Transcendental Meditation, and see what happens.


Two weeks later I was staying with some friends in Franklin Lakes, New Jersey. Someone drove me to the George Washington Bridge. I walked across, took a subway down to midtown Manhattan, and walked across Central Park over to the TM center at 123 E. 78th Street. When you learn TM, they do a puja ceremony, and you’re supposed to bring fruit, flowers, and a clean white handkerchief, plus an initiation fee, which at the time was $35 for students. I showed up with none of these because I figured that they were all relative and therefore illusory and that if these people were enlightened, they wouldn’t care. They sent me home, which meant walking back across the park, taking a subway up to the bridge, walking across that, and getting picked up by a friend.


I didn’t have any money, so I called my father in Connecticut and said, “Dad, I haven’t taken drugs in two weeks. I need $35 to learn meditation. It’s going to be the best $35 you’ve ever spent on me.” He said OK, but I had to get back to CT. Finally, around 11pm, one of my pot-smoking friends drove me to the NY State Freeway and I started hitchhiking home, which included walking across the Tappan Zee bridge and most of Westchester County. I got home around 4am.


A few hours later, my dad drove me to the train station, but I missed the train. I called the TM center and they said just take the next train. I finally got in there and got instructed. I immediately sank into the transcendent – a clear glimpse of the Self. I then went into another room and meditated for half an hour – also deep and profound. During my instruction, a huge thunderstorm crashed outside. It felt like Nature was celebrating.


Afterward, I walked down 5th Avenue in a downpour, feeling like 10 tons had been lifted off my shoulders. People were huddling under awnings staring at me. I didn’t care. I was elated.


My life began changing quickly. I dropped all my druggy friends, got into a community college and earned a high school equivalency diploma (later bachelor’s and master’s degrees), got a job, and made amends with my father who had kicked me out of the house many times. Within 2 ½ years, I had become a TM teacher and became one of the most successful teachers in the country. I worked for the TM movement for 25 years, having many wonderful adventures around the world. I am no longer affiliated with the TM movement but am grateful for all the benefits I derived.


My life was impacted so dramatically at the outset and I found meditation so enjoyable that I had no trouble sticking with it. Over these 50 years, I have never missed meditating at least twice a day, most of these years averaging 2-3 hours a day.

There are many other interesting stories (to me, at least). Maybe someday I’ll write a book, but my life is my book. There’s a Vedic saying, “Thy gifts, my Lord, I surrender to Thee”. I feel that God’s grace has blessed me immeasurably, and my life is dedicated to serving as an instrument of the Divine.

(Rick Archer is the founder and interviewer for "BATGAP"–– Buddha at the Gas Pump.  He has presented hundreds of interviews over ten years of "ordinary people who have had extraordinary experiences."  He interviewed me on Åugust 17 and that interview is now on YouTube as well as the Batgap archives.  He is indeed "an instrument of the divine" and an inspiration for us all.)